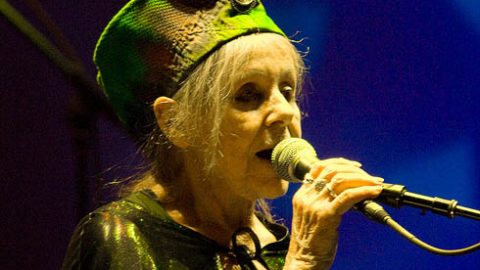 The Loss Of A True Legend!

It was reported just a mear few hours ago that Gilli Smyth legendary and unique co founder of classic rock band Gong was found dead at the age of 83. The news was first broken by her son Allen. He had stated many times that her condition and well being was inevitably deteriorating. This is certainly tragic news for all of us classic rock fans. Gilli Smyth was certainly an innovator and a someone who was comfortable in her own skin. She has pioneered most of the eccentric styles that most of the artistically driven frontmen use even to this day. Many do not know her contributions to music overall. She was truly underrated.

Fun Fact: After her illustrious career as a singer, Gilli Smyth went on to pursue a career as a voice over artist for many children’s programing and became very successful at it.

At this moment, it is currently unknown what caused her death. We’ll have more as we find out more.