Bonnie Raitt REALLY Got Us Talking In This Fiery Performance Of ‘Something To Talk About’! 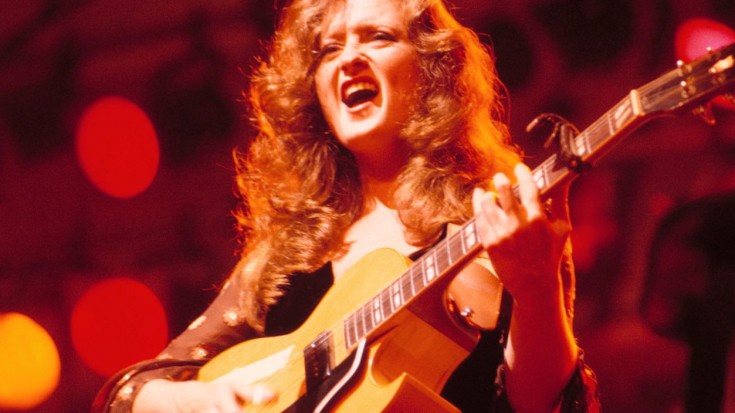 Where “I Can’t Make You Love Me” held all of the ache in the world of a woman just wanting her love reciprocated, “Something To Talk About” from 1990’s Luck Of The Draw is an upbeat, bluesy number in which our favorite red-haired siren Bonnie Raitt openly flaunts a brand new love in the best way possible. Written by Canadian singer-songwriter Shirley Eikhard, “Something To Talk About” is widely regarded as one of Raitt’s signature songs, known for both the power in her voice and the flirty lyrics that made fans wonder: just who is the lucky man Bonnie’s singing about and making her so incredibly happy?

Fun Fact: Raitt won the Best Female Pop Vocal Performance at the 1992 Grammy Awards for her recording of this song.

Filmed in the early 90s, this performance of Bonnie’s smash hit manages to showcase both her powerhouse vocal ability and world class abilities as a guitarist, further confirming all of the reasons why her contemporaries in the blues world hail her as the First Lady of the Blues. Her 1992 Grammy Award performance of “I Can’t Make You Love Me” may have shown a woman emotionally exhausted and utterly deflated, but this performance shows a revitalized Bonnie, ready to take on the world and really give them something to talk about!