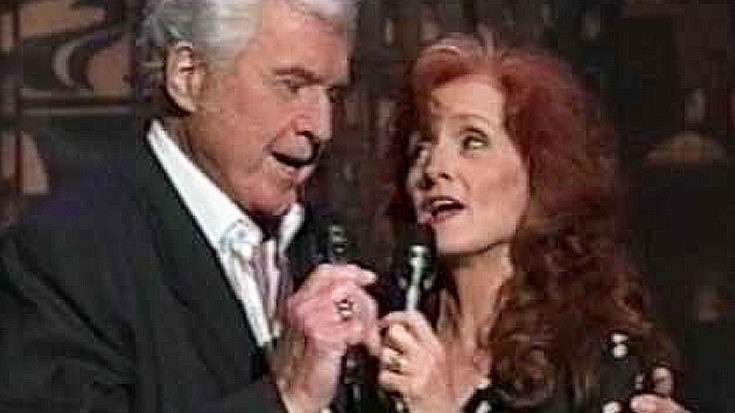 Father and Daughter, Together Again

Bonnie Raitt may be the high queen of the blues but at the end of the day, she’s still a daddy’s girl at heart. The daughter of late film and musical theater legend John Raitt, Bonnie’s love and adoration for her father shines through whenever she gets a chance to speak about John’s tremendous gifts as an actor and singer, crediting him with her professionalism and lifelong love for music and in 1992, fans got to see it all firsthand when father and daughter appeared on PBS’ Evening At Pops, the pair’s first public performance in over two decades.

Featuring a setlist that included songs from their respective repertoires and duets of some of John’s most loved Broadway classics and with the help of the Boston Pops Orchestra and Bonnie’s six piece touring band,the Raitts dazzled that night with a duet of “I’m Blowing Away”.

Fun Fact: The Raitts appeared together live for the first time during a 1970s episode of The Dinah Shore Show.

The perfect blend of blues and Broadway, Bonnie and her father couldn’t sound less alike vocally but somehow, that’s what makes it work; John’s voice provides an awesome support system for Bonnie as he lets his daughter run free, the perfect analogy for their tight knit relationship and Bonnie is the picture of every father’s vision for the fiercely talented, successful, and determined women they hope their little girls eventually grow up to be as she takes the lead on “I’m Blowing Away.”

There’s nothing cooler than watching Bonnie dazzle the crowd with that megawatt smile and massive voice – except, that is, seeing the look of pride on John’s face as he watches Bonnie do what she was very clearly born to do. Check it out in the video below!