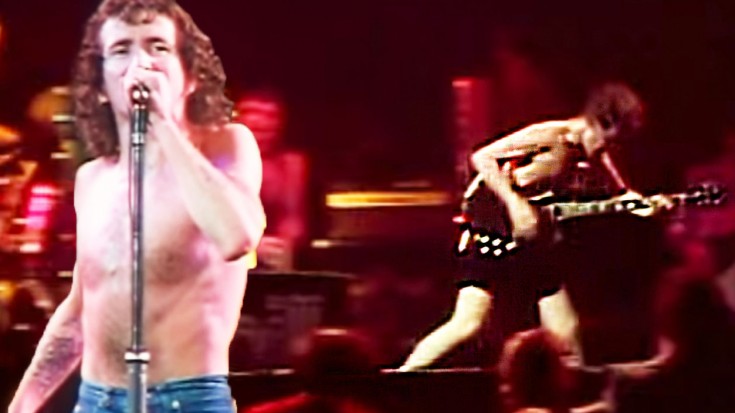 Let There Be Rock

Live at the Apollo Theatre in 1978, Bon Scott and the boys of ACDC blew the roof off of the building, especially Angus Young with his signature stage movement and headbanger attitude.

Electrifying the stage, the band performed their hit “Let There Be Rock” with energy and emotion like never before and a shirtless Scott just took these vocals to the moon and back.

If there ever was a rock ballad to set an audience ablaze, it is this anthem.

“And it came to pass that rock ‘n’ roll was born. All across the land every rockin’ band was blowing up a storm.”

Just two years before the world lost the beloved Bon Scott to alcohol poisoning, the real ACDC was making music and setting the world’s ears on fire with pure metal rock.

Fun Fact:  Angus Young was quoted saying “I remember the amp literally exploded during the recording session. My brother watched it with crazed eyes, and he told me ‘Come on! Keep on playing!’ while the stuff was steaming.”