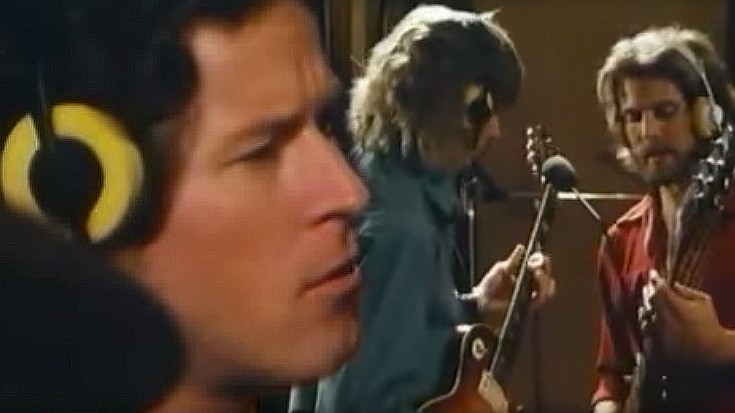 In 1979, the Eagles pulled back the curtain on their world and gave us a fantastic glimpse into their recording process as they recorded the iconic, ‘The Long Run’ and believe us – they did not disappoint! This exclusive video features rare, behind the scenes footage of the guys as they record this single from their 6th studio album The Long Run; the first without bass player Randy Meisner, The Long Run was met with critical acclaim and even tossed Led Zeppelin’s In Through The Out Door out of its #1 slot on the Billboard charts!

Along with ‘The Long Run’, the Eagles’ 1979 album The Long Run yielded two other hit classics: ‘Heartache Tonight’ and ‘I Can’t Tell You Why’.

Watching the Eagles working so diligently in studio to create what would eventually become a masterpiece is a fantastic reminder of the blood, sweat, and tears that one of the hardest working bands in music puts into all that they do!

I used to hurry a lot, I used to worry a lot
I used to stay out till the break of day
Oh, that didn’t get it, it was high time I quit it
I just couldn’t carry on that way

Oh, I did some damage
I know it’s true
Didn’t know I was so lonely
Till I found you

In the long run
Ooh, I want to tell you
It’s a long run

You know I don’t understand
Why you don’t teach yourself better
Do the crazy things that you do
‘Cause all the debutantes in Houston, baby
Couldn’t hold a candle to you