Bon Jovi Pranks Fans At Karaoke Bar – For A Good Cause 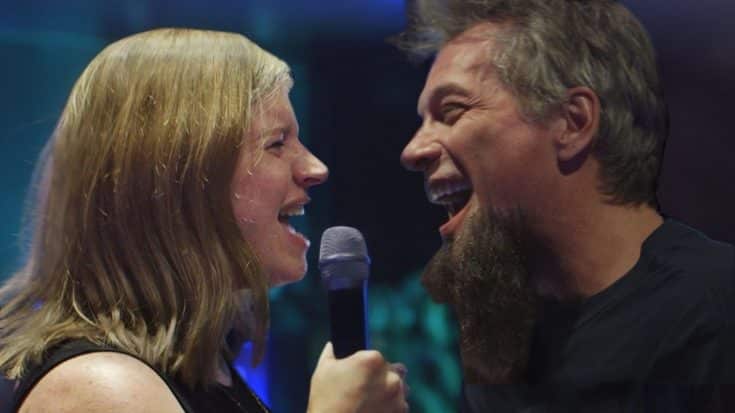 Imagine just going out for a night of belting out classic Bon Jovi songs on karaoke with your friends when your bar tender suddenly turns out to be Jon Bon Jovi himself! Well that’s exactly what happened to these regular karaoke-bar goers when the iconic rocker took off his disguise as a bar tender and started singing along to his own songs.

Bon Jovi put on a long wig, fake facial hair, yellow-tinted sun glasses, and a cowboy hat to pose as somebody working at a local karaoke bar in his home state of New Jersey. It was a typical night of drinking booze and off-key scream-singing of “Livin’ on a Prayer” for the unsuspecting fans until the weird clumsy bar tender joined in. To their utter shock, it was Jon Bon Jovi they were singing off-key Bon Jovi songs with all along!

Fun Fact: Jon Bon Jovi was inducted into the Songwriters Hall of Fame back in 2009.

The gag was done in partnership with the fund-raising company Omaze. Jon Bon Jovi offered a chance to hang out with the band for a weekend to raise funds for his own charity, the Jon Bon Jovi Soul Foundation which helps alleviate hunger and homelessness.

Watch the good-natured ruse unfold below: