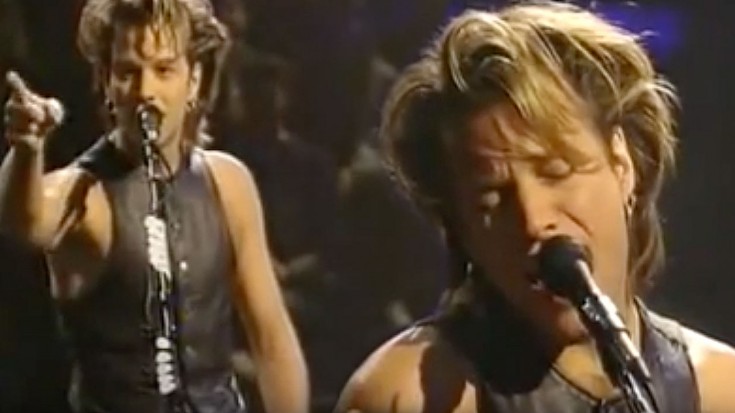 The Beatles were famous for many songs, but “With A Little Help From My Friends” seems to be one of the most covered of all and Jon Bon Jovi really does it right in this Live MTV performance with his band mates of Bon Jovi.

In the 80’s, rock sensation Bon Jovi blew up the charts with “Livin’ On A Prayer“, “You Give Love A Bad Name“, “Wanted Dead Or Alive” and many more. In this video you will see them covering the “With A Little Help From My Friends” as Jon nails the vocals in this timeless song.

Fun Fact: Most fans believe that this song encouraged the use of drugs, however, John Lennon claimed that the “get high with a little help from my friends” was not in reference to drug use.

We could be happy listening to Jon sing our grocery list for all we care, but this was a great cover and a great time to tribute a great band with a powerful message.