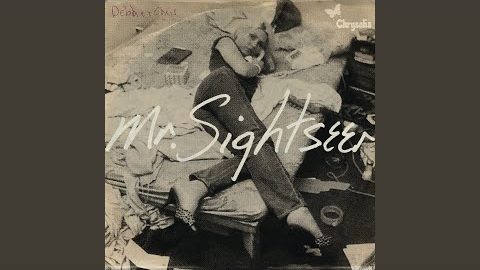 Blondie just revealed another track off their much-awaited curated collection, Blondie: Against The Odds 1974-1982, and it will be the first time the track’s ever gonna see the light of day ever since it was recorded in 1978.

This rare track is as simple as it gets—or at least that’s what Harry joked about—and it moves through the classic sound of Blondie with the psychedelic touches, mellow guitars, and drum machine. You can have “Mr. Sightseer” on replay once Against the Odds drops on August 26.

This collection will be comprised of Blondie’s earliest demos and never-before-heard tracks that were in the hands of Stein for decades, as well as six newly mastered albums taken off of the analog tapes from Abbey Road Studio. Definitely a collector’s gem, Against the Odds will be available in different formats, with the Super Deluxe Collectors’ Edition being the most comprehensive one.

The box set will include 10 LPs and a 7” and 10” vinyl containing 124 tracks and more than 30 unreleased recordings starting from the band’s first studio session to other demos and versions, a track-by-track commentary from the all-original band lineup, essays from different producers, a 120-page illustrated discography, and loads of vintage photographs. Stream the song below.