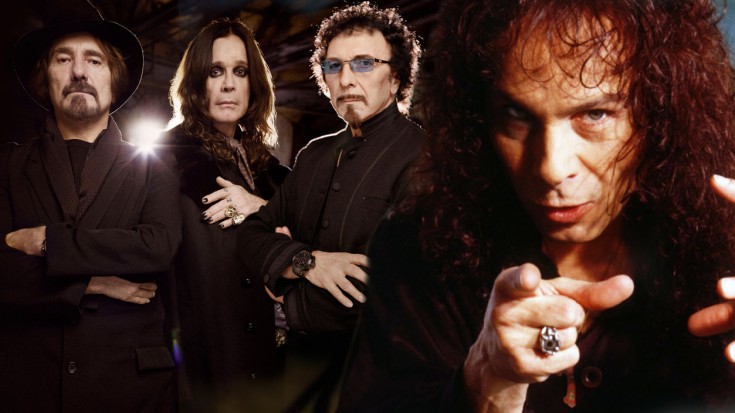 One of the late Ronnie James Dio’s favorite songs from his time with Black Sabbath, ‘Heaven and Hell’ is one of the first tracks to feature Dio following Ozzy Osbourne’s exit in 1980. In classic Black Sabbath style, it’s got the same characteristic heaviness to it, but the addition of Dio’s phenomenal vocal range makes for a classic metal tune that elicits an emotional response. Of the lyrics, Dio was fond of saying that ‘Heaven and Hell’ is about each human being’s ability to choose between doing good and doing evil, and that we create one or the other within ourselves.

Fun Fact: The music was written mainly by Tony Iommi, but as with almost all Black Sabbath albums, credit is given to the entire band.

While Black Sabbath wasn’t quite Black Sabbath without Ozzy Osbourne, it’s hard to discount Dio’s presence in the band, especially in the face of songs like ‘Heaven and Hell’; Dio really took the band in another direction that would later come to define his own career and also shape the metal world, influencing what would turn out to be over 108 sub-genres!

Sing me a song, you’re a singer
Do me a wrong, you’re a bringer of evil
The Devil is never a maker
The less that you give, you’re a taker
So it’s on and on and on
…it’s Heaven and Hell, oh well

Well, if it seems to be real, it’s illusion
For every moment of truth, there’s confusion in life
Love can be seen as the answer
But nobody bleeds for the dancer
And it’s on and on, on and on and on….

They say that life’s a carousel
Spinning fast, you’ve got to ride it well
The world is full of Kings and Queens
Who blind your eyes then steal your dreams
…it’s Heaven and Hell, oh well