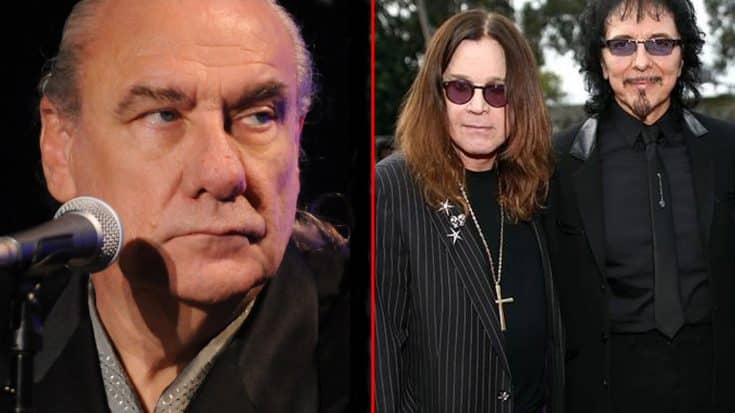 It’s been months since Black Sabbath took their final bow, but the turmoil surrounding former drummer Bill Ward continues in a fevered war of words as Ward turned to social media over the weekend to defend himself against what he calls “inaccurate” suggestions as to the state of his health in relation to his absence from Black Sabbath’s final tour.

In case you missed it, Bill was absent from Black Sabbath’s final tour, replaced by session musician Tommy Clufetos; guitarist Tony Iommi revealed late last month that while it would have been great to have Bill onboard for the band’s final run, there was uncertainty as to whether or not he was fully capable of such an enormous physical undertaking – enough that Black Sabbath discussed bringing a second drummer on the road to share the load with Ward.

“I don’t think he quite realizes how hard it would have been on him. So we wanted to bring another drummer just in case Bill ended up saying ‘I can’t do it’ for a couple of days or whatever.

Bill fired back Friday night, issuing a statement via Facebook in which he disputed his bandmates’ claims that he wasn’t physically capable of performing for the duration of the tour. He brings up some pretty valid points, namely the fact that if he’d never given any indication that he was incapable of doing the job and there was no dialogue between he and his bandmates that would indicate the contrary, where did this sudden fear of Ward’s health potentially being a liability come from?

At the end of the day, only Bill, Ozzy, and Tony know what transpired that ultimately led to Bill’s absence from Black Sabbath’s final tour. Like us, Bill is gutted to have missed out on such a momentous occasion – but nothing hurts more than the biggest loss of all: friendship.