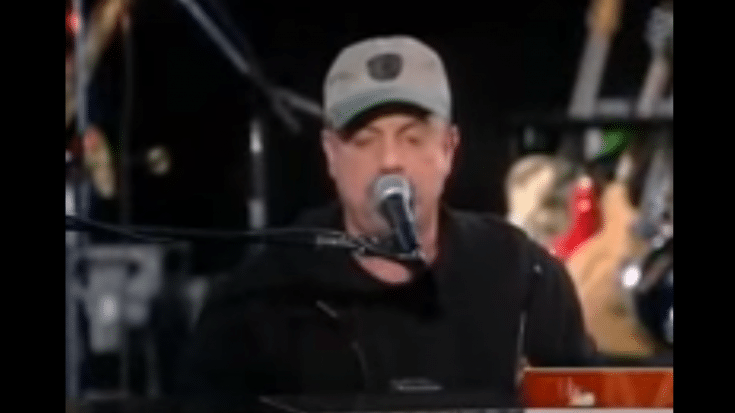 Take me back to 1983! “Keeping The Faith” by Billy Joel. Gotta love this one! Such a fun song and video. You almost feel like dancing along. Joel has always been an entertainer and brilliant song writer/singer. You gotta love this song. It can really brighten up your day.

This is an autobiographical song about Joel’s teen years in the 1960s and his love for the era’s music and culture. Fittingly, it is the last song on An Innocent Man, which consists of songs done in a ’60s Pop style. – SongFacts

This video is in a court room setting and the scenario is deciding whether Joel’s character is guilty or innocent. There are a lot of interesting references if you listen closely. They take you back! Some of the brands you might remember. The setting is also in a 1960’s costume and what not. There also seems to be a Jimi Hendrix lookalike. Lol! If you looking closely, you can also see Richard Pryor, Joe Piscopo and even Christine Brinkley make an appearance!!