Billy Joel Has A Seriously Happy Announcement And A Brand New Reason To Smile – Congratulations! 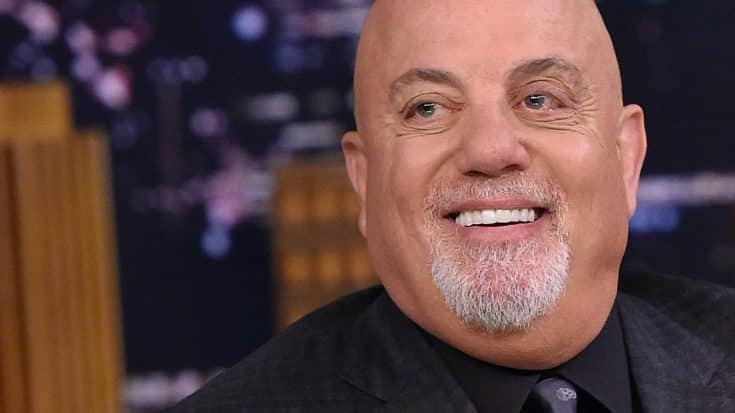 Though too many are finding it difficult to find a reason to smile these days, Grammy Award winning singer-songwriter Billy Joel’s got the biggest reason of all to crack a grin as he gears up to become a father for the third time! The happy news came during an interview with The Belfast Telegraph in which Joel and his wife, Alexis Roderick, revealed that the new addition to the Joel family is slated to arrive next month and joins their excited big sisters Della Rose, 2, and Alexa Ray, 31.

At 68, Joel hopes that his new child follows in the footsteps of little Della Rose, who at 2 is both hilarious and a champion sleeper who sleeps through the night – two things that will make any parent’s job a little easier, especially in the early days:

“This one is pretty good. She sleeps through the night,” he said. “I hope the next one will.”

“I hang out with her and watch her little wheels spin,” Joel continued of Della Rose. “And she’s a hoot. She’s a funny kid. She loves to laugh. I like to make her laugh.”

Billy Joel’s Happily Ever After

On July 4, 2015, Billy Joel and longtime girlfriend Alexis Roderick tied the knot in a super secret ceremony on Joel’s Long Island estate. In fact the ceremony, officiated by New York Governor Andrew Cuomo, was so secret that not even their loved ones knew that they were attending a wedding, choosing to surprise everyone during their 4th of July bash by exchanging vows.

✨After six years of quiet yet unrelenting devotion / A surprise wedding sets their undivided promise in motion / I’ve never seen Pop more besotted yet contented / Nor his Darling, more luminously glowing / And, sufficed to say / On this glimmering gold-coast day / Many a tear on my hopelessly-romantic cheek was flowing… #GoldCoastGlimmerings #LoveAndLetLove ?Photo Credit: @myrnasuarezphoto

A month after Billy and Alexis married, they welcomed their first child together – Della Rose Joel, who was given a welcome fit for princess by overjoyed big sister Alexa Ray, Joel’s oldest child from his marriage to supermodel Christie Brinkley.

?~Della was copying me… after running up and down the emerald-fields trying to keep up with her, I had to take a little break (I’m not much of a sporty type), so I said: “OK Della, it’s time to go night-night!” and laid down on the grass, and she quickly followed suit!~???????Captured By: @christiebrinkley At The Magical Tower Hill✨

?~Sweetest little baby, everybody knows / We weren’t sure what to call her, now we call her Della Rose.~?????????Captured By Sunshine Mamacita In The Magical Garden At Tower Hill✨

Baby Joel makes his or her big arrival sometime next month and we couldn’t be happier! Congratulations to Billy, Alexis, Alexa and Della Rose, and here’s to mom and dad getting some much needed rest and relaxation before the big day gets here!