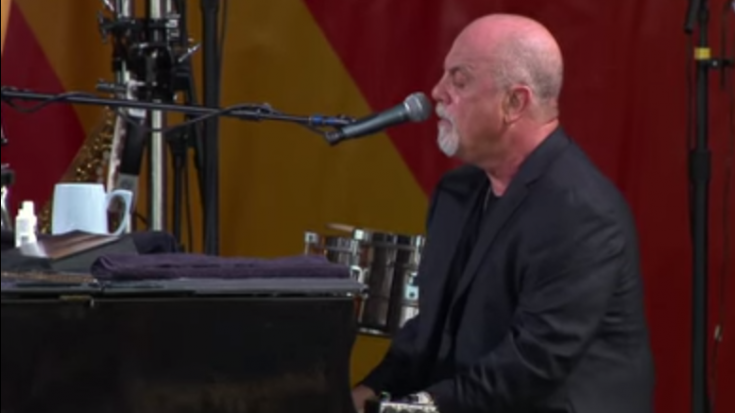 Billy Joel paid tribute to Procol Harum’s co-founder Gary Brooker, with a rendition of the band’s classic hit “A Whiter Shade of Pale.”

During his performance at Las Vegas’ Allegiant Stadium on Saturday, February 26, Joel honored the memory of Brooker, who died on February 19 at the age of 76 after battling with cancer.

Before performing, Joel spoke about his late friend and bandmate saying:

“A great singer and piano player just passed away. Gary Brooker from Procol Harum. He was a big hero of mine. This was a song that came out during the summer of love.”

Brooker led the band for 55 years and they broke up in 1977, but reformed in 1991 and continued to tour and record. Their most recent album, Novum, arrived in 2017.

A year later, Brooker formed Procol Harum alongside Keith Reid in 1966, “A Whiter Shade of Pale” would become their breakout hit. The track spent six weeks at No. 1 on the U.K singles chart and is one of the most commercially successful singles in history, having sold more than 10 million copies worldwide.

Upon hearing the news of Brooker’s death, Joel took to social media to pay his respects saying:

“Sorry to hear about the passing of Gar Brooker. Rest in Peace.”

Sorry to hear about the passing of Gary Brooker.
Rest in Peace.
– Billy Joel