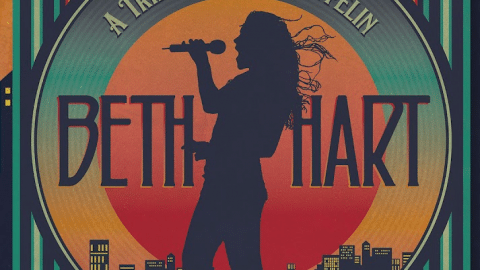 She usually included Led Zeppelin’s “Whole Lotta Love” in her setlist since 2004, and when she sang it in the studio during the recording of 2019’s War In My Mind, producer Rob Cavallon suggested to her about making an entire album full of Led Zeppelin covers. Hart wasn’t crazy about the idea at first.

“I’m not doing this whole album,” she explained. “To do Zeppelin, you’ve got to be pissed off to hit that right. I can’t go there; I’ve worked years to put my rage away.”

“Then the pandemic and all the things around it hit. So now I’m pissed off,” she continued. “I called my manager and said, have Rob and Doug [McKean, engineer] send me all the music because I am ready to do this.”

It will be available in three vinyl variants: black, transparent orange transparent, and red/gold splatter.