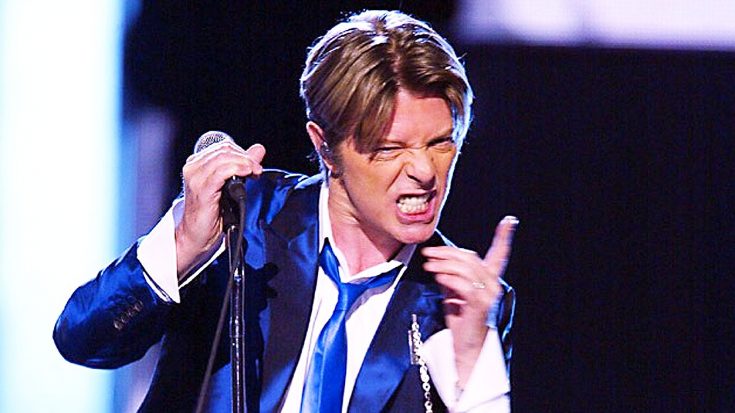 Why do people have to be so heartless?

There was a point in his life where David Bowie lived with Iggy Pop in Berlin, Germany. The two were extremely close friends and lived there throughout the 1970s. Unfortunately, earlier this year the world lost Bowie, and ever since the music world has felt a bit empty. There have been many tributes to Bowie from everyone throughout this year, and all of them have been well received. Berlin decided to jump on the bandwagon and honored Bowie with a plaque outside of the house him and Iggy used to live in. It was a beautiful tribute, but unfortunately, some senseless jerk decided to ruin it.

The plaque was up for a little while, until vandals came by and destroyed the memorial. They removed it, and smashed it on the ground, shattering it into pieces. The plaque read: “In this house lived from 1976 to 1978 David Bowie 8.1.1947 – 10.1.2016. In this time arose the albums Low, Heroes, and Lodger. They go by the Berlin Trilogy in the history of music.” The plaque ends with Bowie’s famous lyric, “We could be heroes, just for one day.”

We’re legit angry that someone would have the audacity to do such a thing. Vandalizing public monuments is horrible as it is, but when it has to do with honoring someone who was such an icon and beautiful person is asinine!

Hopefully the people behind this crime are caught and immediately thrown in jail!

Here are pictures of the plaque in tact, and destroyed, down below!