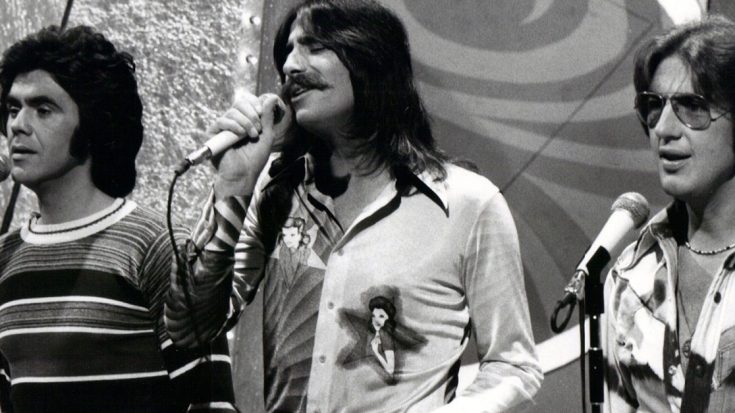 Who Knew Loneliness Rocked So Hard?

For a song about abject loneliness, Three Dog Night’s 1969 classic “One” sure makes us pretty damn happy! Maybe it’s the way singer Chuck Negron takes command of it with his deep, resonant voice, the twin harmonies of Danny Hutton and the late Cory Wells, or maybe it’s that brilliant musical arrangement that manages to be catchy and still make a strong statement, but when it comes to the magic of “One,” Three Dog Night are unmatched when it comes to crafting a song that will forever stand the test of time.

Fun Fact: “One” was written after songwriter Harry Nilsson called someone and got a busy signal. That busy signal became the opening notes to the song.

In 1969, Three Dog Night took “One” to the small screen for a television show performance that to this day still blows us away; shot entirely in black and white, Danny and Cory are standing shoulder to shoulder with Chuck whose emotionally charged vocal performance is broadcast directly behind the group on a large screen behind them. The fact that the combination of the song’s melody paired with the interplay of light and shadow somehow tricks your brain into believing that the footage you’re viewing isn’t actually in black and white anymore is a testament to the magic that Three Dog Night spun every time they set foot onstage. Check it out in the footage below and even if you’re feeling lonely, this is sure to pick you right on back up!