Becky Hill Sings An Acoustic Cover Of “California Dreamin” That Is Just Too Good For Words! 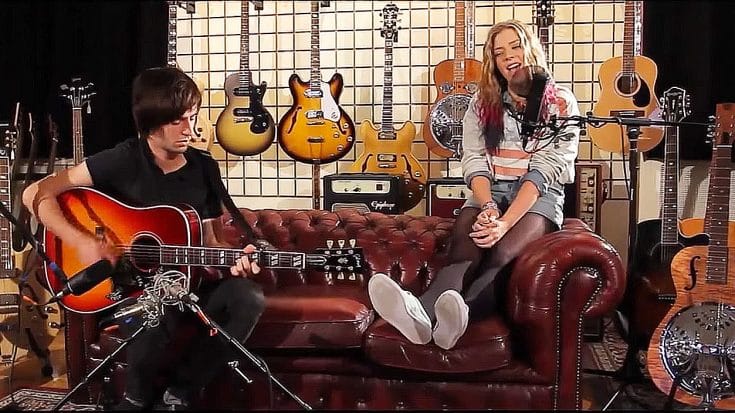 The Mamas & The Papas Would Surely Love This!

Some songs are just impossible to cover. Not necessarily because the song is complex, but also because the song can just be so good that for anyone to try and cover would be considered ‘blasphemy’, at least in the eyes of fans who can’t bear the idea of someone covering their favorite artist’s songs, but hey, it’s 2017 and the world keeps on turning.

Anyway, the song California Dreamin’ by The Mamas & The Papas has essentially become one of the most popular and sampled songs in the world. It’s rare that anyone can right a song that stays as young and vibrant as the day it was written, but that is exactly what The Mamas & The Papas did with this song.

But as I said before, no one can play this song like them, or at least that’s what we thought!

What you’re about to watch is a video in which a very talented young girl by the name of Becky Hill performs a wicked awesome cover of the aforementioned song and judging by the way it sounds, The Mamas & The Papas would be proud! See for yourself!