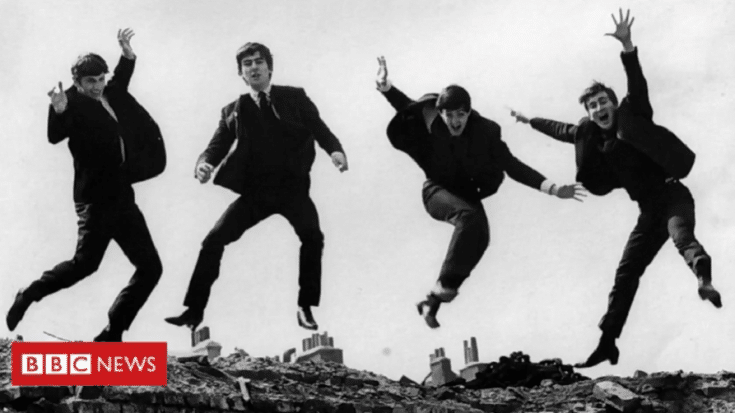 Photographer Fiona Adams, whose iconic jump shot of The Beatles was used for the record sleeve of their Twist and Shout EP, died at the age of 84. She was diagnosed with pancreatic cancer in February and died at a hospice on Guernsey on June 26.

She captured the image in April 1963 on a London bomb site for one of her first assignments for Boyfriend magazine. She also took photos of other legendary rock acts like Jimi Hendrix, Bob Dylan, and the Rolling Stones.

Speaking about The Beatles’ picture, Adams wrote on her website: “These were very early days and the Beatles readily agreed when I asked them to come in for a shoot.”

She added, “The day was April 18th., 1963. I had been keen at that time to break away from the conventional Hollywood-style of stage and studio shot. To this end, I would ride around on the top deck of London buses to search out possible locations. An abandoned area had caught my eye at the crossroads of Euston and Gower Street. This was still a London blitzed in parts and awaiting rebuilding.

“As far as I remember, we all managed to pile into one taxi; the four Beatles, myself and Maureen O’Grady of Boyfriend, – plus the camera gear! I climbed down the rubble into a bombed-out cellar, open to the sky, and had a wonderful session with the Beatles lined up on the wall above who couldn’t have been more co-operative.”

In 2009, some of her works were featured in an exhibition titled “Beatles to Bowie: The 60s Exposed” at the National Portrait Gallery.