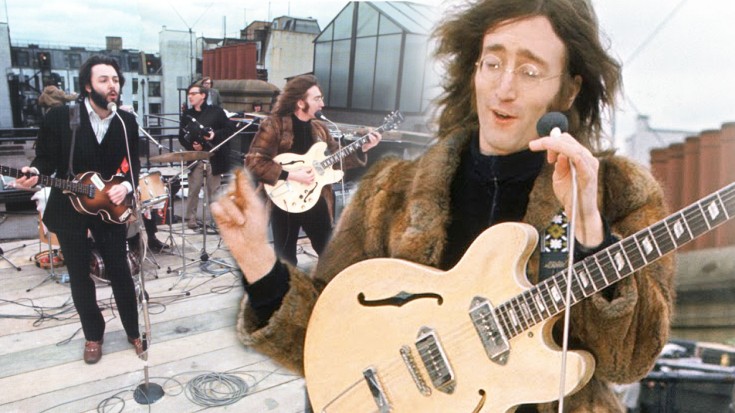 The Beatles Take Their Final Bow

We loved them from the first moment to the very last, and in this performance The Beatles leave us the same way they came; with a bang! This rooftop performance of ‘Don’t Let Me Down’ took place in 1969 atop Apple headquarters, surprising the quiet office district with what would be the final live performance from The Beatles. The police were inevitably called, reminding us of the early days when Beatlemania required police presence to protect the band.

Reflecting on this iconic rooftop show, George Harrison said, “We went on the roof in order to resolve the live concert idea, because it was much simpler and nobody had ever done that.”

The end of an era for Beatles fans, you can feel the energy in this performance. There’s an air of finality; gone are the baby faces and bowlcuts, in exchange for beards, long hair, and small families with solo projects on the horizon. We grew up with them, and suddenly it’s time to part ways. They brought chaos when they arrived on the scene in 1964, and they left us in chaos with one of the finest – albeit most rebellious – performances of their entire career.

Because it was The Beatles, we wouldn’t have it any other way!