Bassist Roger Newell Passed Away At 73 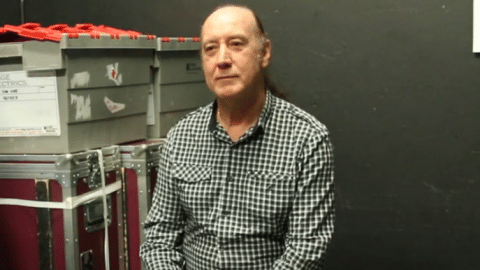 Bassist Roger Newell, best known for playing with Yes keyboardist Rick Wakeman, passed away at the age of 73. After a lengthy battle with heart-related illness, Newell suffered an aortic aneurysm.

He played on Wakeman’s solo albums including 1974’s Journey to the Centre of the Earth, 1975’s The Myths and Legends of King Arthur and the Knights of the Round Table and 1976’s No Earthly Connection. He met Wakeman at a pub in Buckinghamshire. They jammed together, and Wakeman was so impressed with Newell’s playing that he hired him for his 1974 studio effort.

Upon learning about Newell’s death, Wakeman paid tribute to him.

“Roger was such an important founder member of the English Rock Ensemble and his love and understanding of prog rock and orchestral/symphonic rock, was second to none,” Wakeman said in a statement. “He was enthusiastic, dedicated and a great guy to be around. He was just as happy when we all were playing in the (now defunct) Valiant Trooper in Holmer Green on a Sunday to raise money for charity as he was walking on stage at Madison Square Garden to perform Journey to the Centre of the Earth.”

“Roger always deserved more recognition as a bass player,” he added, “and his incredibly musical input in both notation and sounds on No Earthly Connection is a lasting tribute to his talent.”