Band Serenades Streets of Ireland With Majestic ‘Wish You Were Here’ Cover, And It’s Too Good For Words! 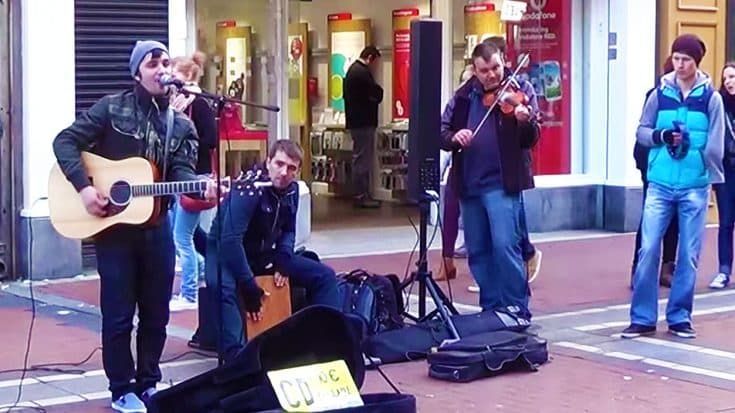 We wish we were there!

The title track off of Pink Floyd’s 1975 masterpiece album Wish You Were Here, is one of the most melancholy pieces of music in history.

The song details Pink Floyd’s success without original lead singer Syd Barrett, who was kicked out of the band due to drugs, and how they wish he were still in the band to be a part of their success.

This song is often covered, but this cover in particular is one of the best we’ve ever seen! A band posted up in the streets of Dublin, Ireland and played a beautiful cover of this song! Every single pedestrian that passed by had to stop and witness this fantastic cover, and nearly everyone of them whipped out a camera! One thing that really puts this cover over the top, is the fact that the band added a violin to the mix. It added to the melancholy feel to the song, and sounded amazingly gorgeous!