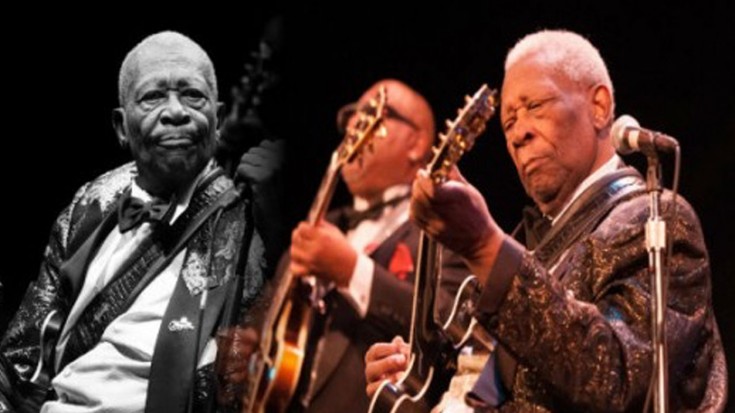 Are You Ready To Be Serenaded By The Boss?

More than a famed blues musician, B.B. King has set the bar in guitar playing. Being one of the most talented and influential guitarists of all time, he has made it clear that there’s no one who can play like him. He has a recognizable and unique technique. But just like this song, “Paying The Cost To Be The Boss,” he proves that his other talent should not be overlooked — singing. That powerhouse vocal can only come from the one and only King.

In its purest form, blues is about call and response between voice and guitar, and no electric blues player in history exemplifies this synergy better than Mr. King. His lyrical guitar leads pick up seamlessly where his vocals leave off, and it’s no stretch to say that King’s voice and guitar combine to make one bigger instrument.

Though he was influenced by several other artists, he sure has created a style that’s very much his own. Playing exactly like B.B. King may be quite impossible but well, we can try! He can bend the notes and use his popular butterfly approach to vibrato which other guitarists have tried to emulate. And he also has the tendency to fall into a pattern when playing.

In addition to putting his own stamp on many familiar T-Bone Walker-style licks, King has developed a unique vocabulary of runs derived from the upper half of the less commonly used hybrid major/minor pentatonic scale pattern located two-and-a-half steps above the standard minor pentatonic blues box.

The best thing about B.B. King’s songs is the stories they tell. You can listen to it over and over again and it will still manage to give you “the feels.” His live versions always give me goosebumps, so to speak!

You must be crazy, baby
You just gotta be out of your mind
As long as I’m payin’ the bill, woman
I’m payin’ the cost to be the boss

As long as I’m workin’, baby
And payin’ all the bills
I don’t want no mouth from you
About the way I’m supposed to live

You must be crazy, woman
Just gotta be out of your mind
As long as I’m footin’ the bill
I’m paying the cost to be the boss