Axl Rose Vocal Change – What On EARTH Is Going On?! 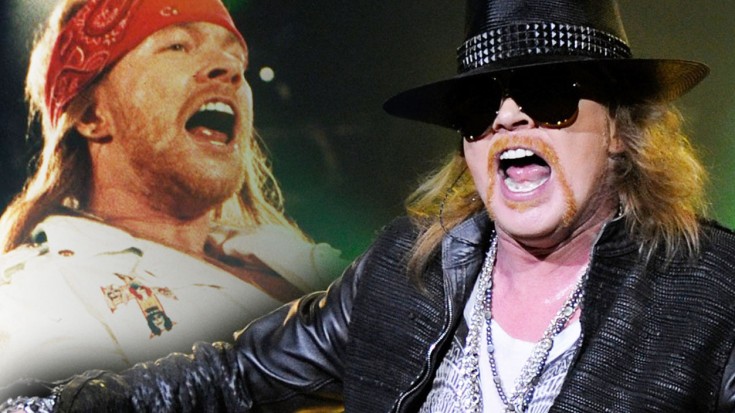 Axl Through The Years – What Happened?

When Guns N’ Roses came roaring onto the scene in the late 80’s, Axl Rose had one of the most distinctive voices in rock and roll. It was gritty, over the top, and with a range that put most other vocalists of his caliber to shame.

In fact, it was found in 2013 that at the height of the band’s success, Axl had a larger vocal range than Mariah Carey!

So what happened? It seems that after the breakup of Guns N’ Roses as we knew it in 1997, Axl’s vocal range and abilities dwindled…by a lot. He went from having a massive, powerhouse voice that was a force to be reckoned with both in studio and onstage, to sounding a bit like “that guy” singing Guns N’ Roses karaoke at your favorite neighborhood bar – you know exactly who I’m talking about!

Axl’s range is that of nearly six octaves.

Fans of Guns N’ Roses’ ‘Nightrain’ can spot the differences in how Axl performs the song between 1988 and 2014 in this compilation of his best performances, but it still begs the question as to what happened to Axl’s voice?

Is it a matter of Axl’s fast and heavy rockstar living finally come to catch up with him, not preserving his biggest asset as well as he should have, or just normal wear and tear?

You be the judge!