Axl Rose Breaks Silence, Debunks CRAZIEST Urban Legend About Himself Once And For All 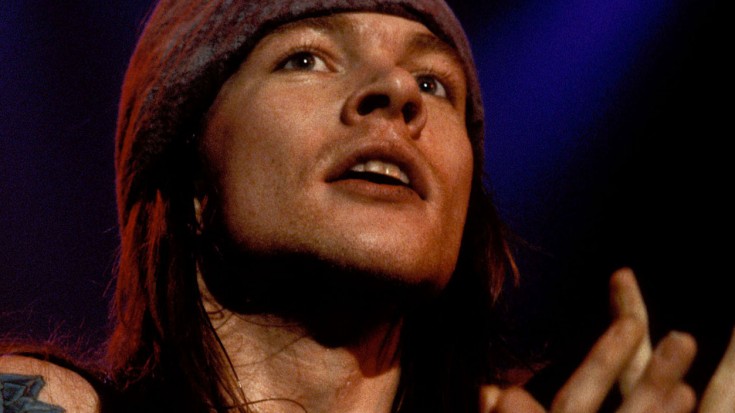 “They said all kinds of crazy things.”

Guns N’ Roses are as well known for their drug fueled antics and out of control parties as they are for classics like “November Rain” and “Sweet Child O’ Mine” and over the years, we saw stories about the band run the gamut from the charming to the absolutely unbelievable. As rock’s prodigal sons get ready to embark on their highly anticipated Not In This Lifetime Tour in just a few short days, frontman Axl Rose used a recent Q&A session to debunk one of the craziest myths surrounding the band: the one that Axl used to eat his own pets.

For the record, it’s not true, nor has it ever been true. Explaining that the band’s bad boy reputation was equal parts youth and an image “hoisted upon them by an overeager media,” Axl revealed that news outlets like MTV would ask Guns N’ Roses – and especially Axl – to destroy their set and just generally misbehave as much as humanly possible, and somehow in the middle of this the rumor that Axl did unthinkable things to his pets was born, sticking to him for several years.

“England was one of the greatest places for that, because the media here would write anything to try to promote you. They said I ran over my dogs and then I ate them. They said all kinds of crazy things.”

Wow – we’ve heard everything when it comes to insane rockstar urban legends but not only is this one particularly disturbing, it’s unfortunate that Axl was painted as being cruel to animals. Axl 25 years ago may not have cared, but it’s a huge step in the right direction that as he prepares for the biggest career move of his entire life, he’s bound and determined to start anew and finally leave behind his bad boy reputation behind.