Axl and Slash: The Final Moment Onstage Together 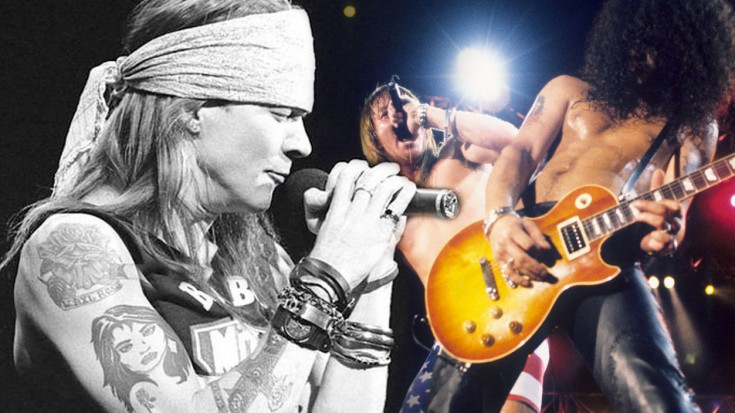 When Guns N’ Roses frontman Axl Rose grabbed Slash and pulled him into a hug at the end of the last show of their Use Your Illusion tour, no one knew it would be the last time we’d ever see the two together – not even the band. In fact, by all accounts it looked like they were the best of friends who couldn’t wait to see what else the future had in store for Guns N’ Roses – a short break, maybe followed by some studio time to record their next mega-platinum album and another few years on the road to support it?

Sadly, it wasn’t to be and it doesn’t get any less sad with time!

What happened next was an extended break, then delays and then Slash and Duff McKagan — as well as guitarist Gilby Clarke and drummer Matt Sorum — leaving Guns N’ Roses.

If this was to be the last time we saw Axl and Slash together, hugging onstage while riding the high of finishing one of the highest grossing tours of all time, then we’re glad that in true Guns N’ Roses fashion the boys went out with a bang!