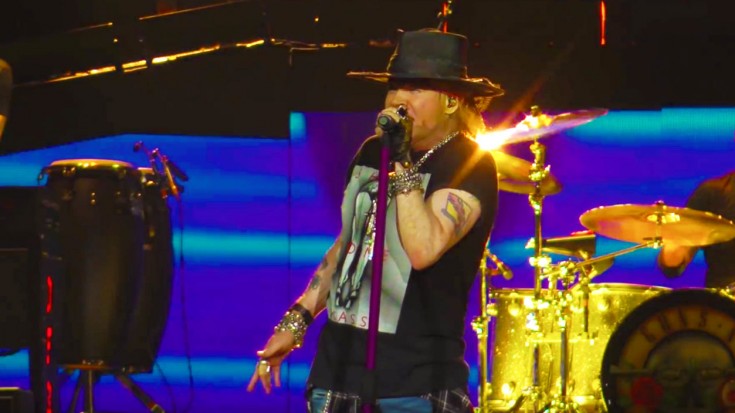 The Proof Is Finally Here!

Okay, you already knew that. Still, footage of their live shows in 2016 is in high demand. The word on the street is that Axl Rose, Duff McKagan, Slash, and all the rest of the guys sound just as good as they did in the 80s (if not better). Axl Rose is still able to hit those high notes with ease, and Slash is still as shred-tastic as ever. They’ve also stepped up their game when playing their live shows. Their live theatrics and chemistry with each other is absolutely. Case in point, this new arsenal high quality footage that was just released!

What you’re about to watch is a slew of new footage of the Not In This Lifetime reunion tour at Metlife Stadium in New Jersey where the band plays an entire. What’ll you’ll see are just some of the songs performed.