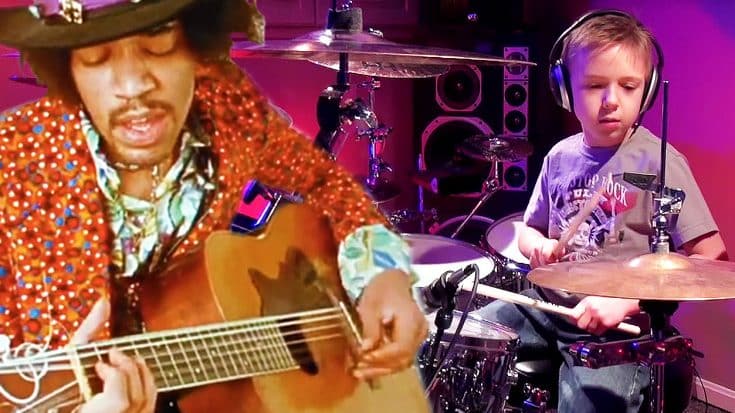 He was on fire with this cover!

Avery Molek has been drumming for quite a while now. The now 10 year old jumped onto the scene when he was only 3 years old! Ever since he has been jamming out some incredible drum covers, and has become one of the hottest up and coming drummers in music!

This week, Avery decided to dig up some old footage of himself. He uploaded a video of when he was 7-years old, where he covered Jimi Hendrix’s “Fire,” and let’s just say, even at the young age of 7, he absolutley crushed it! We know for a fact that Jimi was smiling down on him the entire time he was covering this tune!

Fun Fact: The main lyrics in this song (“Let me stand next to your fire”) came from a time when the band had just finished a gig in the cold around Christmas, 1966. They went to bass player Noel Redding’s mother’s house in Folkestone, England, and when they got there, Jimi asked Redding’s mother Margaret if he could “Stand next to her fire” to warm up. The family dog, a German Shepherd, lay by the fire, which inspired the line, “Move over Rover, and let Jimi take over.“

Check out Avery’s awesome cover down below! Give his channel a look too, he’s pretty amazing!