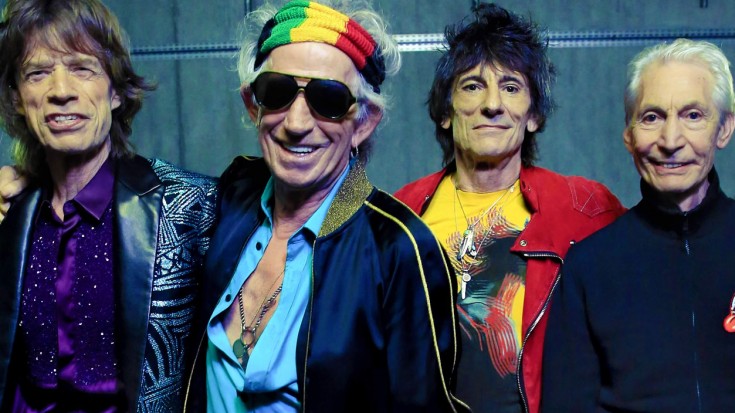 Papa was a Rolling Stone, indeed!

It’s been a rough year for the rock world, but for one rock legend, life just took a turn for the amazing with the birth of his long awaited twin girls!

This morning it was announced that Ronnie Wood of The Rolling Stones welcomed a set of healthy, beautiful twin girls with wife Sally Humphreys. Named Gracie Jane and Alice Rose, the twins were born late last night and are Ronnie’s 5th and 6th children and his first with Humphreys, who he married in 2012 after a brief 6 month courtship.

A statement said the couple were “delighted to announce the birth of their twins Gracie Jane (6lb) & Alice Rose (5.7lb). The girls arrived on 30 May at 10.30pm and all are doing brilliantly. The babies are perfect.”

Gracie and Alice come just two days shy of Ronnie Wood’s 69th birthday, rounding out his family as the little sisters to his four children from previous relationships and making Sally Humphreys a mother for the first time at 38.

We wish Ronnie, Sally, and little ones Gracie and Alice the absolute best, and we can’t wait to see what the future brings to rock and roll’s newest heiresses!