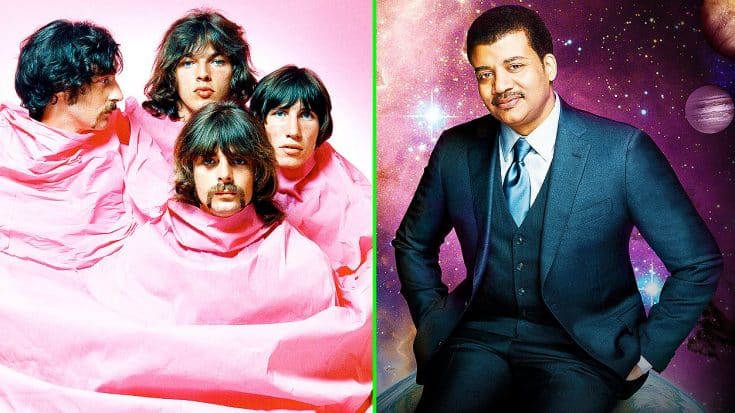 During the 1960s, at the height of psychedelic rock, rock n’roll and science seemed to intersect quite a bit. Musicians (especially while they were on drugs) were fascinated with space and the outside world, and used a lot of sonic effects and elements to enhance their sound. One of the more prominent bands that did this, was Pink Floyd.

In 1973 the band released The Dark Side of the Moon, and it was a massive success. The blending of progressive rock with space elements became a staple for Pink Floyd, and their lyrical themes of the beyond captivated everyone who listened. However, popular astrophysicist, author, television personality and all-around badass Neil deGrasse Tyson is calling Pink Floyd out, and claiming they are responsible for this common scientific misconception.

In a recent interview, Neil claims that there technically is no such thing as the “dark side of the moon,” and he has actually had to convert people away from this idea and notion. He told the Hollywood Reporter:

“I blame Pink Floyd for this. There is no dark side! There’s a far side, and there’s a near side, but all sides of the moon receive sunlight. So, the fact that Pink Floyd had an album with that title meant I spent decades having to undo people’s [misconceptions]. As an educator, if I had a time machine, I’d go back and change the title of that to The Far Side of the Moon, and I would restore thousands of hours of my life.“- Tyson said.

Tyson also called out the final line in the final song of the album, “Eclipse.” He says the final lines in the outro, realistically, are incorrect by saying: “There is no dark side in the moon really; Matter of fact it’s all dark.”

Before you get mad at Tyson, just remember, he’s a realist. Of course he’ll make petty corrections like this, but it’s all in the name of science. Their’s no rule of science, however, that states you can’t enjoy the music.