Apparently, Canadian Prime Minister Justin Trudeau Is Not A Fan Of Paul Simon, In Fact, He Despises Him… 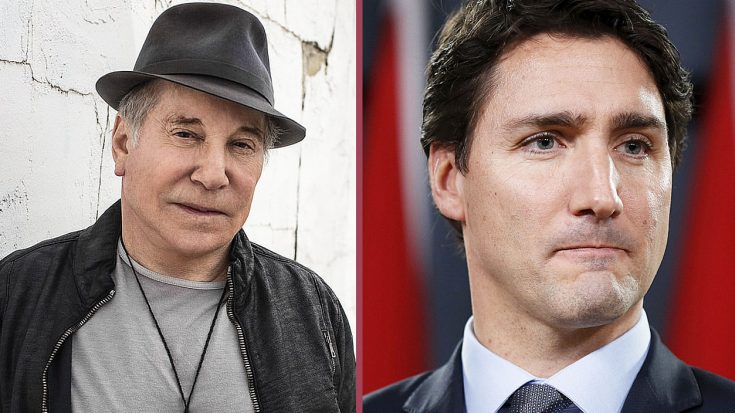 Why The Hate, Trudeau?

Paul Simon, one half of the iconic duo Simon & Garfunkel, is undoubtably one of the most influential and iconic musicians of all time. He is responsible for many of the most iconic songs that we as fans cherish as timeless anthems. He has had a stellar career in music that is unmatched. He is often imitated, but never duplicated. He is one of the best, pure and simple. Many would say it’s impossible to hate him, but apparently, those many people would be wrong.

Fun Fact: One of Paul Simon’s inspirations is Chuck Berry.

I’m sure you’re all aware of Canadian Prime Minister Justin Trudeau. He is the iconic heartthrob of Canada and is loved by citizens of not just Canada, but also of every other nation… I think, but anyway…

For the record: I, and my entire staff, despise Paul Simon. #garfunkleallthe way

This tweet is 5 years old now, which is sometime before he took office, so obviously he probably didn’t have to be as conscious about what he posts on social media as he would be now. Still, this does make things awkward between Justin Trudeau and Paul Simon. Just imagine if these two were to meet face to face.

What do you make of this whole things? Let us know in the comments!