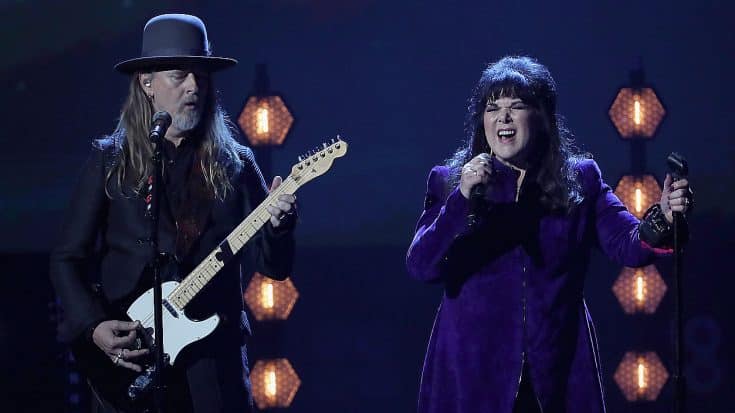 Just this past Friday, the Rock & Roll Hall Of Fame held its annual ceremony honoring a slew of pioneers in the world of rock music. Such acts as Bon Jovi, Moody Blues, Nina Simone, and many others were inducted to the pleasure of fans all over the world. However, the ceremony wasn’t just about those inducted, but also about those not inducted, such as Chris Cornell.

In 2013, Chris Cornell inducted Ann’s band Heart into the Rock & Roll Hall Of Fame and it was since then that Ann and Chris have had a lasting relationship both in music and personally. That came into play this past Friday when Ann took the stage with Jerry Cantrell of Alice In Chains to perform a heartfelt rendition of arguably Chris Cornell’s greatest song “Black Hole Sun”.

Check out this masterful rendition of the iconic song below and let us know what you think!