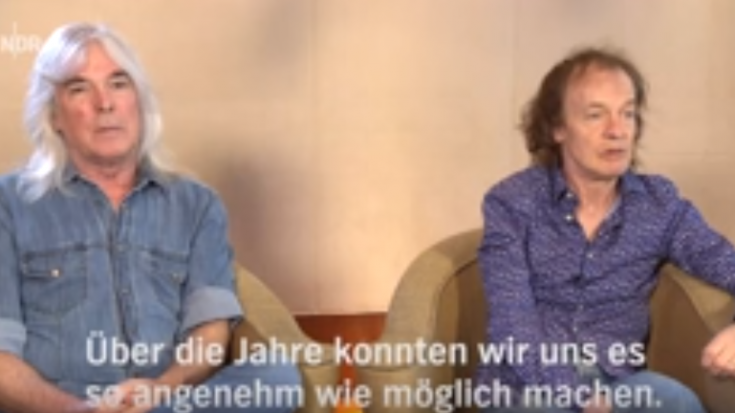 Whether you like Axl Rose being AC/DC’s temporary frontman or not, you can’t deny that he’s absolutely crushing his newest gig. If you’ve seen their recent live shows or even just the rehearsals, you’d be blown away. Sure, some if not most of us were a bit skeptical on having the Guns ‘n Roses vocalist sing the Australian rock band’s classic songs but boy, Axl gave in-your-face performances that basically left us in awe to say the least.

Anyway, there’s that big question on everyone’s minds right now: what happens after the tour? Well it seems like there’s still that huge possibility of seeing and hearing more of Axl because according to Angus Young and the rest of the boys, Axl is very much open to doing more tours.

“We’re committed to finishing this tour, so that’s been our main goal. Axl helping us – I know he’s very excited,” Young says. “He keeps saying, can he do more? But we don’t really know at the end. This tour, which we were committed to doing, we want to finish it.”

So will there be more shows? We’ll just have to wait and see.