“Anastasia” Slash Cover by Marina Andrienko- She Crushes It 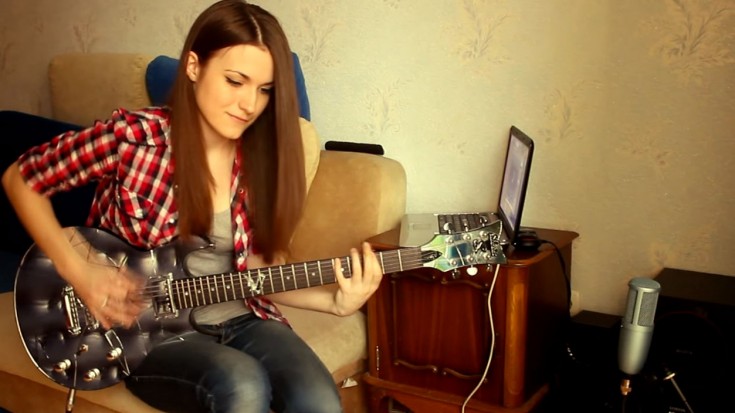 “Anastasia” was composed by Slash and Alter Bridge vocalist Myles Kennedy for the former’s second studio album “Apocalyptic Love.” It was released on May 22, 2012 and featured Slash’s backing band, “Myles Kennedy and The Conspirators.”

Unlike his self-titled debut solo album, which featured a variety of singers including Chris Cornell, Ozzy Osbourne, M. Shadows, and Kid Rock, he said his second album would feature Alter Bridge vocalist Myles Kennedy as the sole singer.

Slash described the songs as “very heavy.” Critics gave this album positive reviews although Allmusic gave it a rating of 3 out of 5 stars. Take note that during the recording, the artificial studio effects were used minimally.

It is an “internet rumor” according to Slash that the lead intro riff for “Anastasia” takes inspiration from Johann Sebastian Bach’s Toccata and Fugue in D minor, which Slash interpolates live in his version of “Speak Softly Love”.

This guitar cover by Marina Andrienko is awesome. I could listen to that long solo over and over again. This is EPIC!