America’s Got Talent Judges Are Left In Awe By These Young Kids Rocking Out To ‘Paranoid!’ 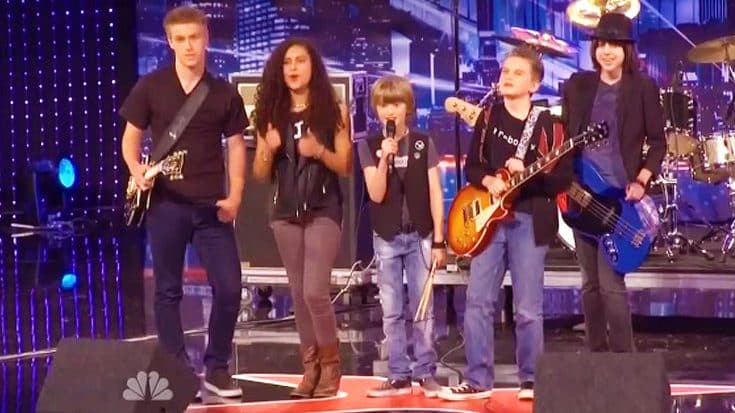 Image via America's Got Talent Wiki and NBC

Wow, This is just amazing!

America’s Got Talent has been one of the hottest shows on television. In my opinion, the show far surpasses American Idol, because there’s no age limit, and it hones its focus in on every talent rather than just singing.

Because of this, a wide variety of contestants audition, and this audition has always been a memorable one! Back in 2013, young rock band The Robotix took the audition stage and shredded a crazy cover of Black Sabbath’s “Paranoid.” What stands out in this performance is the band’s energy. They come out firing, and are pumping the crowd up. It’s amazing to see kids at such a young age having all of the confidence they had! Not only that, they impress us with their amazing skills as well!

“A lot of the Paranoid album was written around the time of our first album, Black Sabbath. We recorded the whole thing in about two or three days, live in the studio. The Song ‘Paranoid’ was written as an afterthought. We basically needed a 3-minute filler for the album, and Tony came up with the riff. I quickly did the lyrics, and Ozzy was reading them as he was singing.” – Black Sabbath bassist Geezer Butler to Guitar World

Ozzy Osbourne, Tony Iomi and the other members of Black Sabbath would definitely be proud an appreciative of this phenomenal cover. If you don’t believe us, you’ll have to check it out down below! While you’re at it, let us know what you think!