Alex Lifeson Said He’s Done Being In A Band 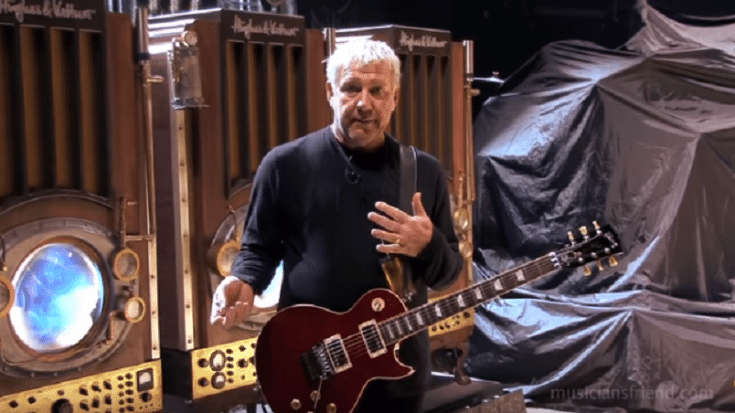 He’s Already Busy With Other Things

Alex Lifeson served as Rush’s guitarist for four decades before the group disbanded on January 2018. It began with drummer Neil Peart declaring his retirement due to health issues. Still, most fans were hoping that they might get back together, maybe make a new album and go on tour.

But in a recent Planet Rock interview with Alex Lifeson, it seems like they are already done with the whole business of going back on the road. When ask if he’s at peace with how Rush ended, he said:

“Yes, I think so. I don’t want to be in a band and tour anymore. I don’t feel the need to carry on with what I did for almost half a century. I’m fine with it now.”

However, it also took a while for everything to sink in.

“It wasn’t until a year [after the final show] that I started to feel better about it all. I realized we’d gone out on a high note… I remember looking around the whole arena and trying to take it all in. The lighting. The crowd. The people around me. It was very emotional for us.

“I loved the way we presented those shows, starting with ‘Clockwork Angels’ and then working our way back to the very beginning. But had we done a typical-length tour of about 80 dates, I think we would have been more satisfied with it.”

Interestingly, although their days as Rush are over, Geddy Lee admitted that he was open to working with Lifeson on any future project. Lee told Eddie Trunk:

“I would say there’s no chance of seeing Rush on tour again as Alex, Geddy, Neil. But would you see one of us or two of us or three of us? That’s possible.”

We guess we’ll just have to wait and see what’s in store for them.