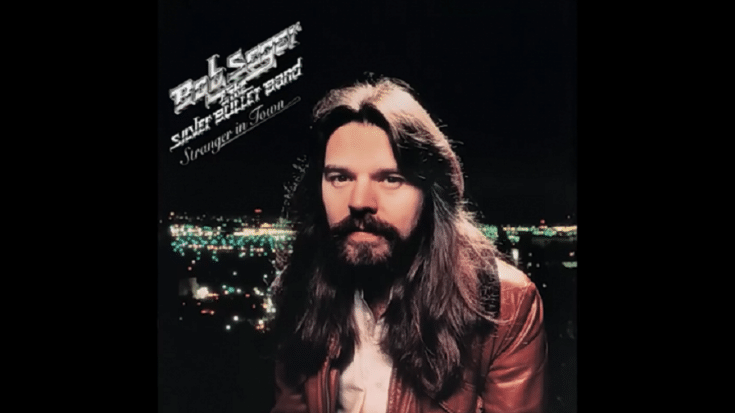 Night Moves and Live Bullet helped Bob Seger break into mainstream but it was Stranger in Town that cemented his spot as a rock deity. Up to that point, it was his strongest effort. It didn’t break new grounds but the songs reflected Seger’s passion for music and over four decades later, it’s still revered as one of the greatest albums of the ’70s.

Stranger in Town sounds a lot like Night Moves but way livelier and rocks harder too. Besides, after several albums, he finally found success so it would be foolish to stray away from his current musical direction. Stranger in Town was Seger’s way of retaining his winning streak. He recorded about half of the LP with the Silver Bullet Band and the other half with Alabama’s Muscle Shoals Ryhthm Section.

Less than a month after its release on May 5, 1978, it was certified platinum by the RIAA and it later went 6× platinum.

Seger kicks things off with Hollywood Nights – a straightforward rocker that’s a bit all over the place but still a classic through and through. Still the Same was a huge hit in several countries and it’s easy to see why. It sounds a bit gloomy but something we’d put on repeat. The album picks up with Old Time Rock and Roll which is another highlight – a fun, catchy, and nostalgia-inducing tune. Seger’s vocal performance is on point. He then slows it down with the introspective Till It Shines – a melodic number that may be overshadowed by other tracks but is stellar on its own. Feel Like a Number is a fast fist-pumping anthem that remains a fan favorite today.

Ain’t Got No Money is a punchy rocker which is then followed by the beautiful ballad We’ve Got Tonight. It was another hit for Seger as it peaked at #13 on the US Billboard Hot 100. Even the cover versions charted. The mid-tempo Brave Strangers has that jazzy feel. The Famous Final Scene is a mellow and melancholic ballad that somehow makes you feel things. It’s flawless.

Strangers in Town doesn’t have fillers because every single song has its moments. It’s no wonder why it still holds well even after all these years.