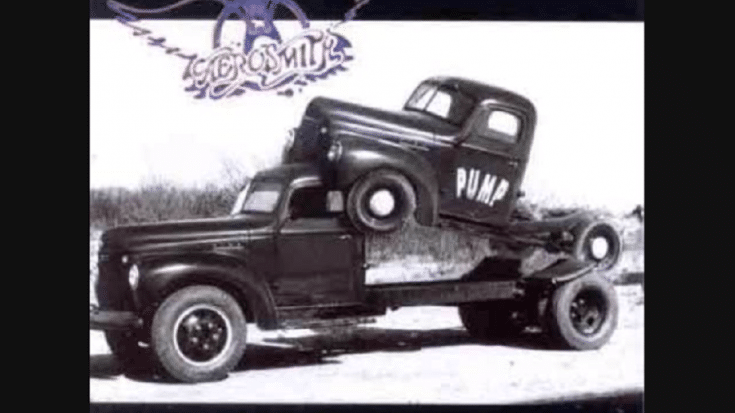 Pump is an essential Aerosmith album. The late 1970s and early 1980s weren’t kind to Aerosmith since their hedonistic lifestyle caught up with them along with internal conflicts. They had a couple of albums in the ’80s but nothing as raw and dirty as Pump. It had the trappings of the Aerosmith style that rock fans loved – rowdy, unapologetic, edgy, and full of attitude.

Everyone’s in top form especially Steven Tyler. His vocal performance is spectacular. Joe Perry and Joey Kramer also sound revitalized. And the result? A stunning record that boasts of diversity and stellar musicianship. Traditionalists often consider this as their last great album and for many reasons, it could be. Along with Rocks and Toys in the Attic, it’s proof that they could hold their own against some of the greatest rock bands to ever walk the earth.

It may be diverse but they managed to retain the swagger and confidence that made them stand out in the ’70s. Lyrically and musically, there’s variety and it guarantees that there’s something in it for everyone.

Young Lust is a straight-up rocker that gives us a glimpse of things to come. It’s hard rocking – Aerosmith couldn’t have picked a more suitable opener. F.I.N.E. is another fun, fist-pumping number that reminds us of their peak ’70s rock sound. Going Down/Love in an Elevator is catchy and cheeky – it’s probably there so Steven Tyler can sing “Livin’ it up when I’m goin’ down.” Add in Joe Perry’s face-melting guitar solo and it’s no wonder why it’s the most accessible track on the LP. Monkey on My Back hits a little too close to home because it’s about drug addiction which was a constant struggle for them. There’s no sugarcoating it especially with the straightforward lyrics, “You best believe I had it all and then I blew it.” Water Song/Janie’s Got a Gun is quite heavy and serious. It deals with incest and murder. From the arrangement and Perry’s emotional solo to Tyler’s powerful vocal performance, it’s a brilliant masterpiece.

Dulcimer Stomp/The Other Side is a speedy rock number that’s not as strong as the others but still excellent overall. My Girl is enjoyable enough but is one of the weaker tunes. Don’t Get Mad, Get Even is a bluesy track you can sing along to. Hoodoo/Voodoo Medicine Man finally picks up the speed. It all wraps up nicely with What It Takes – a gritty power ballad which is a fitting conclusion to the album.

Aerosmith accomplished so much with Pump. It was the kind of comeback most rock bands could only hope for. For their next albums, they would never churn out anything of this caliber.