Album Review: “Bringing It All Back Home” By Bob Dylan 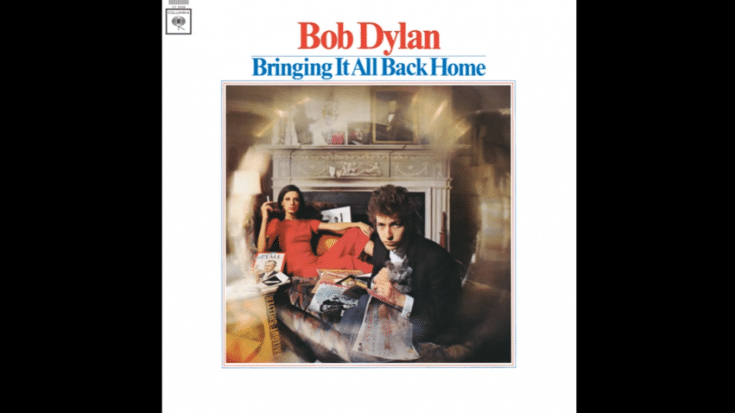 The First Of A Trilogy

The first of three albums that transformed Bob Dylan from a folk icon into a full-fledged rockstar, “Bringing It All Back Home” was his first foray into electric rock territory. It was an ambitious and risky move but it’s more than a transitional piece. In retrospect, it was the weakest of the trilogy of records that made him a legend in the ’60s but even so, it’s brilliant from start to end.

Half-electric and half-acoustic, it alienated some of his fans who preferred his folk music work. Nevertheless, “Bringing It All Back Home” was a quantum leap in terms of Dylan’s songwriting skills and overall musicianship. It’s not his absolute best album but it’s one of his finest musical moments. He reinvented himself in the best way possible – a revolutionary and powerful record that holds up well today. The rock ‘n roll songs are straightforward and with a no-nonsense approach. But even the soft acoustic tracks are just as beautiful.

The change in musical direction was totally unexpected and incredibly refreshing. And the LP featured some of his most enduring hits. It’s extraordinary and admittedly, not easy to pull off. It takes an insane amount of creativity, imagination, and talent to create something of this caliber.

The LP kicks off with this stunning song. The lyrics touch on politics and Dylan said on 2004 that “It’s from Chuck Berry, a bit of ‘Too Much Monkey Business’ and some of the scat songs of the ’40s.”

One of the most popular songs in his career, it’s been covered several times most notably by The Byrds. It’s a spectacular song and the years have not dulled its greatness.

It may be ambitious but it’s undoubtedly one of his greatest compositions.