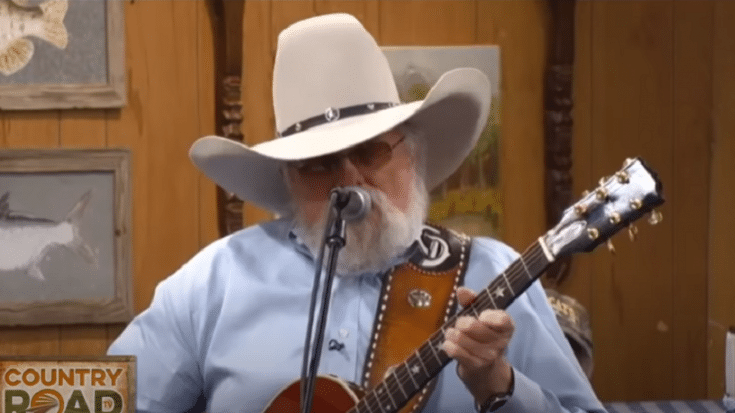 Country music legend Charlie Daniels died on Monday, July 6 from hemorrhagic stroke at Summit Medical Center in Hermitage, Tennessee. He was 83 years old. A member of the Country Music Hall of Fame and Grand Ole Opry, he was widely known for his speedy and energetic fiddle playing, and hits such as “The Devil Went Down to Georgia” and “Uneasy Rider.”

Throughout the course of his five-decade career, he worked with other iconic musicians – he co-wrote Elvis Presley’s “It Hurts Me,” contributed on Bob Dylan’s “Nashville Skyline”, “New Morning” and “Self-Portrait”, joined Leonard Cohen as part of his touring band, produced the Youngbloods’ “Elephant Mountain”, and played with George Harrison and Ringo Starr.

Born in Wilmington, North Carolina, Charlie Daniels became a multi-instrumentalist early in life. In the 1960s, he got his big break as a songwriter and session musician. In the next decade, he collaborated with some of the most celebrated Southern rock acts.

Aside from music, Charlie Daniels was known for his political statements.

Daniels’ representatives wrote, “Few artists have left a more indelible mark on America’s musical landscape than Charlie Daniels. An outspoken patriot, beloved mentor, and a true road warrior, Daniels parlayed his passion for music into a multi-platinum career and a platform to support the military, underprivileged children, and others in need.”