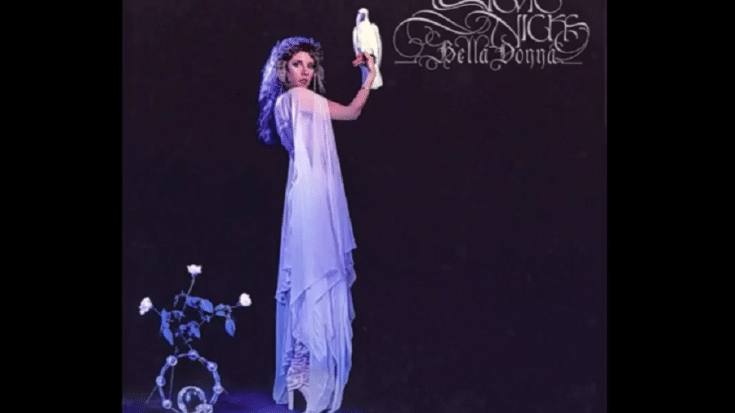 She Was At The Top of Her Game

Though she was still a member of Fleetwood Mac, Stevie Nicks released her debut solo album Bella Donna on July 27, 1981. From the get-go, it was clear that she meant business – even going ahead and recruiting fellow rockers like Don Henley and Tom Petty. Although honestly, at that point, no one was surprised that she launched her solo career in a spectacular fashion given that she wrote some of Fleetwood Mac’s biggest and most well-loved tracks.

Bella Donna topped the US Billboard 200 just two months after its release and a few weeks later, was awarded platinum status by the RIAA. Nicks actually began working on it in between the recording sessions for Mac’s 1979 LP Tusk. With four singles out of ten tracks, it was the kind of debut most rock acts could only hope for. Aside from the arrangements, instrumentation, and melodies, Nicks’ hauntingly beautiful vocal performance takes center stage.

The title track opens the album and is reminiscent of Fleetwood Mac’s music but the LP was definitely off to an impressive start. Kind of Woman is a near-standout with the excellent guitar work and powerful vocals. Stop Draggin’ My Heart Around is one of the highlights and is a straightforward rocker that shows the chemistry between Nicks and Petty. Think About It adds diversity and while it’s not as memorable as other tunes, it’s far from being sub-par. After the Glitter Fades is an under-appreciated track which finds Nicks dabbling in country territory. It’s enjoyable and downright beautiful.

Edge of Seventeen is a fist-pumping rock number inspired by Tom Petty’s wife. It remains one of her most popular songs. How Still My Love starts off a bit slow before it picks up and becomes a punchy tune. Leather and Lace
is a moving, romantic track with Don Henley as her duet partner. The lyrics may be cliché but it doesn’t take away any of Nicks’ credibility as a rockstar. Outside the Rain lacks the power and magic of those before it but it’s still lovely in its own way. The Highwayman is the perfect end to this enchanting record.

Bella Donna will always be remembered as one of the greatest rock albums of the ’80s. Once again, Nicks proved she was a brilliant singer-songwriter who can churn out great classics.