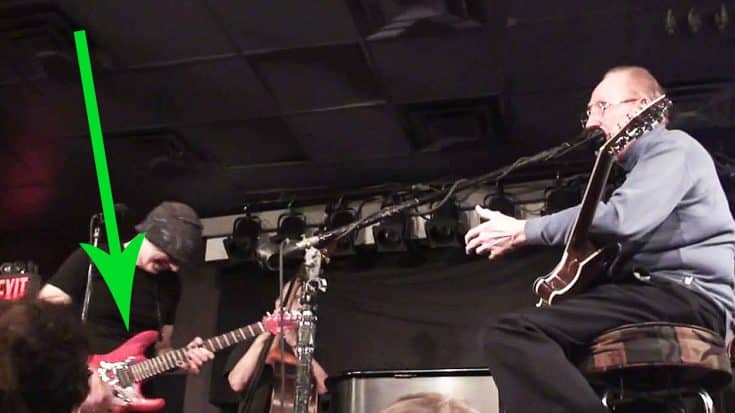 Never Bring An Ibanez To A Les Paul Jam!

Incase you’re unaware who Les Paul is, let me catch you up to speed. You know that type of guitar that musicians such as Jimmy Page, Joe Walsh, Randy Rhodes, and many many others use? Well, Les Paul is the man that created that guitar. Enough said. He is a bonafide legend that reshaped the modern guitar into what we see it as today.

On the other hand, you have the legendary guitarist known as Joe Satriani. This man is not only one of the most iconic and influential guitarists in the world, he is also responsible for such guitar legends as Kirk Hammett and even Steve Vai. However, he is also known to be an Ibanez player, which is a factor that plays very interestingly into this performance here.

What you’re about to watch is a video in which the aforementioned Les Paul and Joe Satriani take to the stage for a jam, only when Les Paul sees Joe’s Ibanez guitar, things get interesting, to say the least. Don’t believe me? See for yourself!