After Her Tragic Loss, ‘Glee’ Star Lea Michele Was Gifted The Most Beautiful Gift From Stevie Nicks 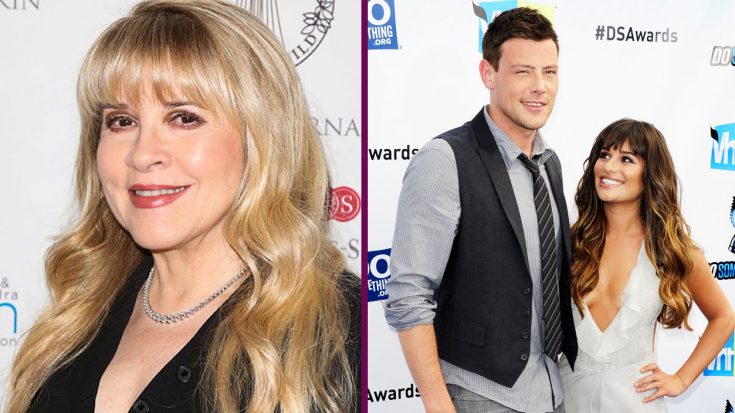 Stevie Is Simply The Best

We all already know that Stevie Nicks is one of the most beautiful souls on planet earth. She is beloved by rock fans all over the world and has a career that proves her pure excellence. So would it be surprising to hear that she performed the ultimate act of kindness to a friend in need? No, but we can’t help but talk about it because it’s just too beautiful not to.

Lea Michele talking about her gift: “I have this incredible book that Stevie Nicks gave me in 2013 when my boyfriend died. She gave me this art book of hers that she put notes in over the years and song lyrics, and then she rewrote personal notes for me that say things like, ‘Keep singing, and have faith.’”

Lea Michele on turing to the book when trying to figure out a title for her next album: “I poured myself the biggest glass of red wine, I put Fleetwood Mac on my vinyl, I lit candles and I legit started praying and looking for a sign. I was looking through this book and praying that there was an answer in it, somewhere, and there was something in there that said, ‘The only thing that matters is you, and who you are.’ That’s what I’ve been trying to do with this whole record just connect to me and where I’m from.”