After All These Years, Steve Howe’s Live Guitar Solo Is Sure To Put All Other Guitarists To Shame 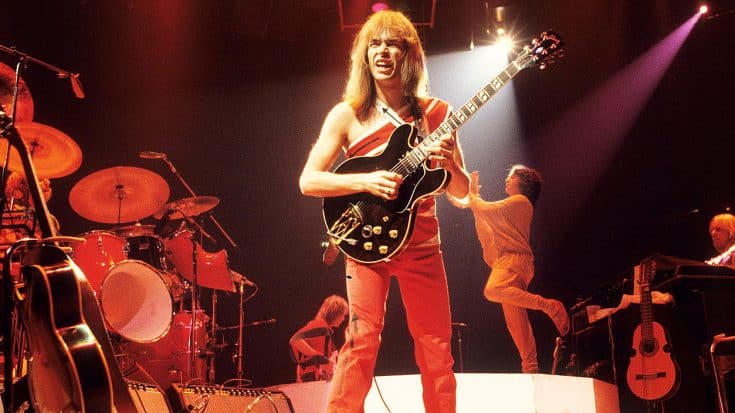 Steve Howe Does It Best!

Steve Howe truly is one of the all time greatest guitarists that has ever taken to the stage. He and his iconic band Yes consistently set the bar higher and higher each time they take to the stage and perform a song. Their technique and skill are the stuff of legend. Yes has a style and charisma that is often imitated, yet never duplicated. They are one of the best, pure and simple.

Steve Howe’s musicianship truly speaks for itself. His guitar playing and songwriting skills are simply off the charts. He is a member of the Rock & Roll Hall Of Fame that was inducted WAY to late, but nevertheless, he he has taken his rightful place amongst the legends.

Speaking of his guitar work, what you’re about to watch is a video in which the aforementioned Steve Howe takes to the stage and performs a wicked good guitar solo. As you’ll see from this video, Steve Howe’s technique is simply outstanding in every way. This is SO worth the watch! See for yourself!