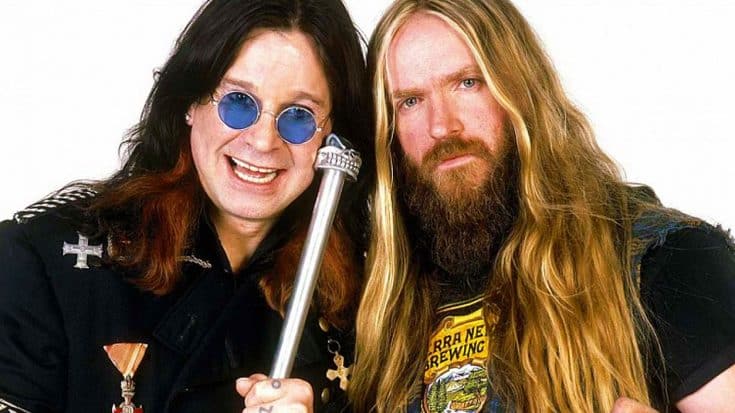 With Black Sabbath all but a memory for Prince of Darkness Ozzy Osbourne, it’s time to start looking ahead to the future and in honor of the next chapter of a career that’s spanned half a century, he’s hitting the road this summer – and bringing an old friend along for the ride. Joining him on the road this summer is former bandmate Zakk Wylde, making for a season of what Guitar World calls one of rock’s “most lethal singer-and-guitarist pairings”; sure, they’ve shared the stage here and there over the past few years, but it’s been just over a decade since Ozzy and Zakk hit the road together for a few cities’ worth of music and mayhem.

If you’re excited at the prospect of seeing these two on the road again, you’re not the only one: despite stepping aside from his duties as Ozzy’s guitarist to make room for Zakk, Gus G. is just as excited as the rest of us as evidenced by the joy-filled statement released late last week via social media:

“It’s great to see” [Ozzy and Zakk back together again],” he said. “It’s been an honor and a privilege playing by your side since 2009, nothing but great times and an experience of a lifetime. To Ozzy and Sharon—thanks for everything. Love ya!

To Blasko, Adam and Tommy—been a pleasure rocking with you!

Last but not least, thanks to all the fans that showed love and support all these years. See you out there soon! Ozzy rules!”

The list of dates looks a little sparse right now, but be advised that more dates will be added in the future – don’t worry, you’ll get your chance to see Ozzy and Zakk together again! In the meantime, stay tuned to Society of Rock for tour updates and get ready for a summer of music and mayhem – it’s bound to be a good one!