After 20 Years Apart These Elephants Reunite 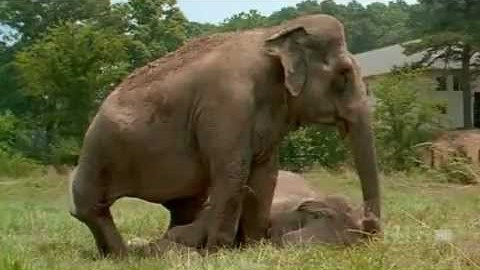 These 2 Elephants Have A Touching Story

The two elephants in the video are Shirley and Jenny, and you know what? They’ve been through a lot. Many don’t know the difficulties and hard lives these animals endure for the sake of circus entertainment. They’re locked up most of the day, put through strenuous training, and often become damaged, not just physically, but emotionally as well. Shirley has been pretty much alone for the last 20 years and has become crippled, but she is in for a surprise. She is about to be joined with her old friend she hasn’t seen in all these years.

The question is, how are they going to react? Are they even going to remember each other? Did all these years of hardship affect them?

One thing we all know is, an elephant never forgets. But the way these two look at each other and react is priceless. This is probably one of the most moving clips of mother nature that we’ve seen. The thing about elephants are they are super intelligent and you can just feel the emotions they express.