Aerosmith’s Joey Kramer Takes A Shot At The Rolling Stones – And This Time, It’s Personal 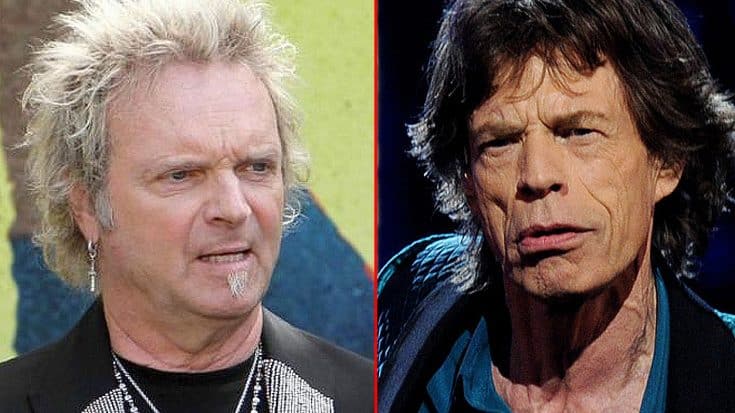 We’re used to living in a world in which the age old “Beatles vs. Stones” argument is still raging, but “Aerosmith vs. Stones”? Sounds impossible and a little ridiculous, but it’s apparently now a thing after Aerosmith drummer Joey Kramer took a shot at the British rock legends earlier this week, saying that not only does he “not care for them” as a band but that his own band plays much, much better than The Rolling Stones.

Ouch. We’re not even in The Rolling Stones and that stung a little! Kramer’s remarks came during an interview with Classic Rock, arguing the legitimacy of The Rolling Stones compared to Aerosmith as the Stones have famously made a few changes to their lineup over the years while Aerosmith has managed to go nearly 50 years with the same 5 man lineup they began with, though they came close to a few near misses of their own with the 1979 and 1981 departures of Joe Perry and Brad Whitford respectively.

“Everybody is always raving about the Rolling Stones, saying the Stones this and the Stones that. I’ve never cared for the Stones. They never had anything to offer me musically, especially in the drumming department,” Kramer continued.

“The Stones isn’t the original band and I don’t care for them. I think if you came to see an Aerosmith concert, people would realize that we play so much better than them that it’s silly because they’re not so good live.”

Aerosmith bassist Tom Hamilton was quick to come to the defense of The Rolling Stones, taking to Twitter to issue a rebuttal:

Oops! I love Joey but I also think the Stones are one of the bands that define ROCK!
Been a fan since I was twelve.

We have yet to hear from The Rolling Stones about Joey’s remarks, but something tells us that Keith Richards and Mick Jagger are too busy having a giggle over it all to bother with a response.