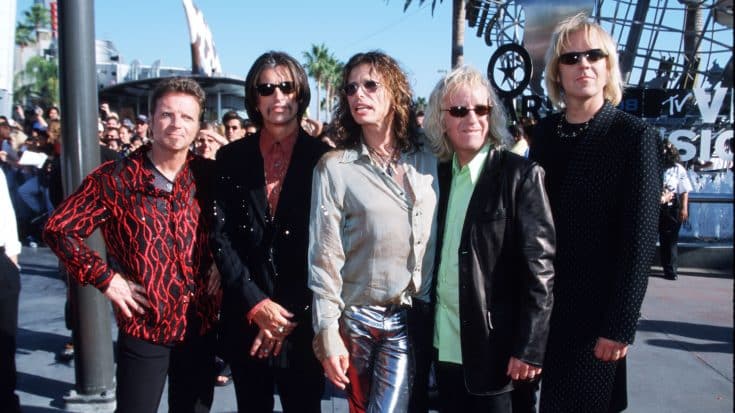 338615 03: Rock Group Aerosmith arrives at the MTV Video Music Awards September 10, 1998 in Los Angeles, CA. Aerosmith was nominated for Best Video in a Film for the song "I Don''t Want To Miss a Thing" from the movie Armageddon. (Photo by Barry King/Liaison)

Aerosmith that was first formed in 1970 will be celebrating their 50th Anniversary.

Headed by Steven Tyler, the legendary band has successfully captured and kept its listeners for 50 long years. As part of its celebration, they launched their new 50th anniversary archival video series. It features several footage from a pair of 1977 concerts in Houston, Texas.

The limited-edition series captures the best songs from two nights at The Summit from their Draw the Line tour, which came from Aerosmith’s iconic archive for the very first time and it was remastered in HD from original master tapes. The band delivered powerful and raw renditions of “Back in the Saddle”, “Mama Kin”, Lord of the Thighs”, “Lick and a Promise”, and the classic “Sweet Emotion.”

Footage combined over the course of two summer nights in Houston on June 1977. The original live feed edit is only intended for their in-house screens. It was carefully cleaned, digitized, and remastered to bring the 45-year old footage to life.

Last July 29, the unreleased Houston concert video started becoming available to stream online and will last for one week only. Meanwhile, Aerosmith are also set to premiere their 1989 concert from Landover on different dates.