Aerosmith Just Made A “Breaking News Announcement”… In The Funniest Way Possible! 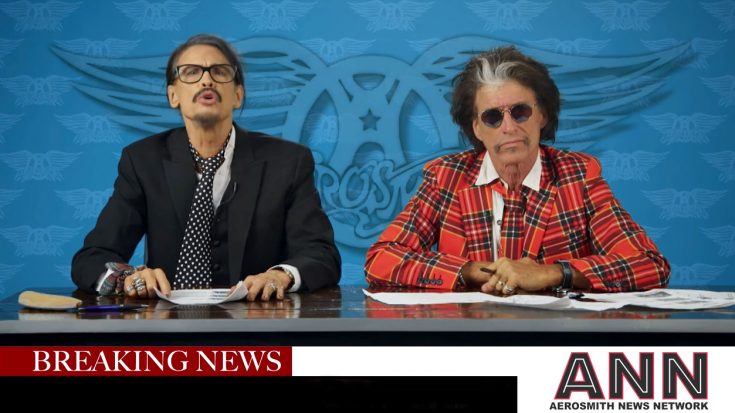 Where Were These Guys During The Presidential Debates!?!

I stand firmly by my belief that the boys in Aerosmith can do no wrong. They are arguably the most lovable rockstars that have ever graced the stage, and that much can be said especially for their frontman and true rock icon Steven Tyler. Aside from just being a phenomenal and legendary rock singer, Steven Tyler is also a beloved personality. He known for being one of the most kind, caring, funny, and approachable celebrities ever. The point that I’m trying to make here is that they are awesome. But anyway, back to the video!

What you’re about to watch is a video that Aerosmith have just released that includes “breaking news”. Rather than just give you the basic news schtick, they break the news in a hilarious skit featuring Steven Tyler and Joe Perry. For any Aerosmith fan, this is a must watch! See for yourself!