Aerosmith Finally Confess Who Actually Played The Guitar Solo On One Of Their Biggest Hits! 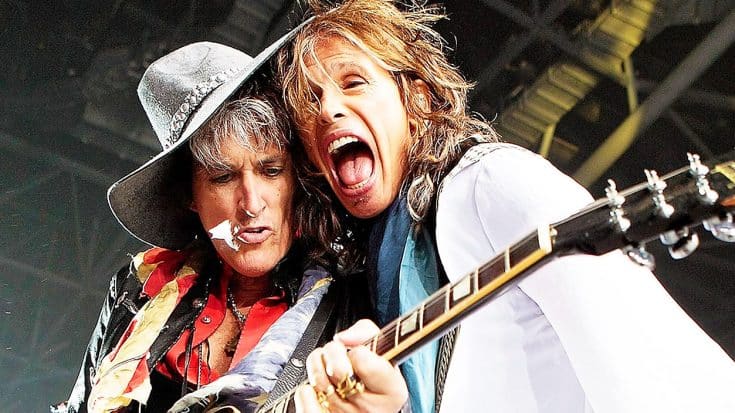 Back in 1974, Aerosmith modernized  Tiny Bradshaw’s classic hit “Train Kept A-Rollin'” into a rock n roll classic. The song was a huge hit, and became known for its epic guitar solo! But did you know that Joe Perry, nor Brad Whitford, played the solo on this song?

That’s right, Joe or Brad had no part in the song’s epic solo! If you’re wondering who the guitarist behind the solo was, it’s someone you would never expect! Legendary session guitarists Steve Hunter and Dick Wagner were the actual culprits behind this amazing solo. The information was recently revealed by Karen Ann Hunter, Steve’s wife. He recorded it on a 1959 Les Paul, and was paid $750 for the solo.

“Aerosmith was in Studio C, and I was doing work with [producer] Bob Ezrin in Studio A. I had a long wait between dubs, and I was waiting in the lobby. Jack popped his head out of Studio C, and asked ‘Hey, do you feel like playing?’ I said, ‘Sure,’ and I grabbed my guitar and went in. I had two run-throughs, and then Jack said, ‘Great—that’s it!’ That turned out to be the opening solo on ‘Train Kept A Rollin’.“– Steve revealed.

Well, I bet you won’t listen to this song the same way ever again! Check it out down below!