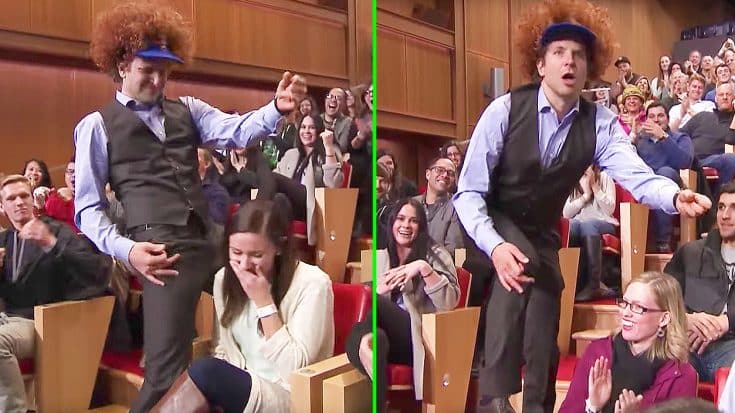 If you’re a human being and have arms and fingers, there’s no doubt you’ve busted out an air guitar at some point. We can guarantee every classic rock fan has gotten carried away and “shredded” an amazing solo in the privacy of their bedroom, or unapologetically in public!

The great thing about the air guitar, is that it’s universal and everyone can play it! Even A-list actors love to shred an air guitar evey once in a while. Take Bradley Cooper for example. Bradley is an Academy Award and Tony nominated actor, yet during his appearance on the Tonight Show with Jimmy Fallon, he proved he’s just like us and loves to shred his imaginary axe! He showed off his skills to Jimmy Fallon by “playing” along to Neil Young’s “Down By The River!” Goofy hat and all, Cooper nails it, and really lets loose. Instead of going over the top, he stays true to proper guitar playing. If you CGI’d a guitar into this shot, it’d look spot on!

Check out the hilarious moment down below and let us know what you think.